Occasionally, when walking through the passages, one of the doors she would try might be locked. The next, though — that would open. 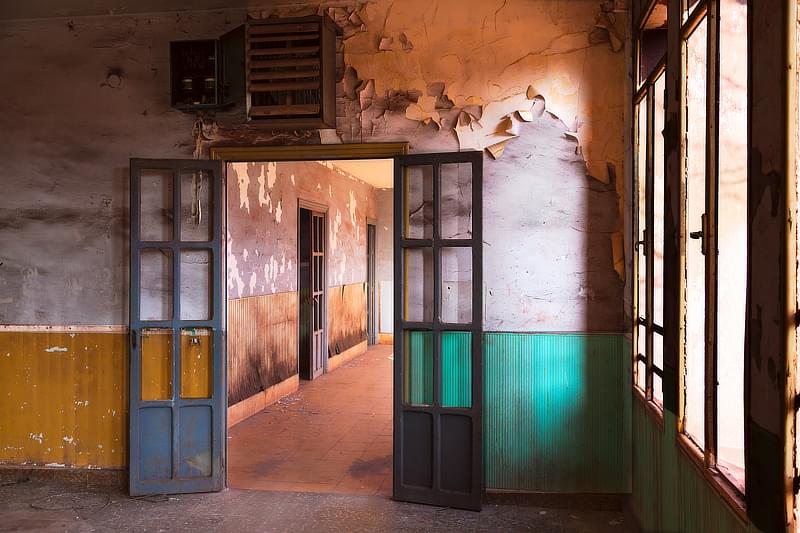 And the door she came to the passages through would always be unlocked, a way back to wherever she’d come from.

The lock snapped into place as the door closed. And each door she tried after, each one, was locked.

Three days of walking through the passages since then. And every door: locked. There were only the passages, the closed doors and stairwells. No windows. No rooms. No people. This was the passages.

She slept on the floor, jacket for a pillow. She had no food, no water, but also no hunger or thirst.

Then the passages changed. The paint was a bit more peeled, light bulbs slightly dimmer, flickering, sometimes even burnt out.

The passages grew darker as more lights failed. Some forks and stairwells led into blackness. The wall-plaster was now cracked, chipped enough to expose brickwork.

Down one of the dark forks was something unexpected: a beam of light in darkness, not a cold electric bulb, but a small lance from a wall, scattering stray motes of dust.

The plaster and brickwork had crumbled enough to make a small hole through the wall beside a door’s wooden frame.

Only her finger could fit, but the brickwork was crumbling, and she needed no food.