When she was 13, her parents walked her out of the valley and into the forested hills. The monastery that stood there was already old, its eaves leaking in the rain, its fencing struggling against rot. 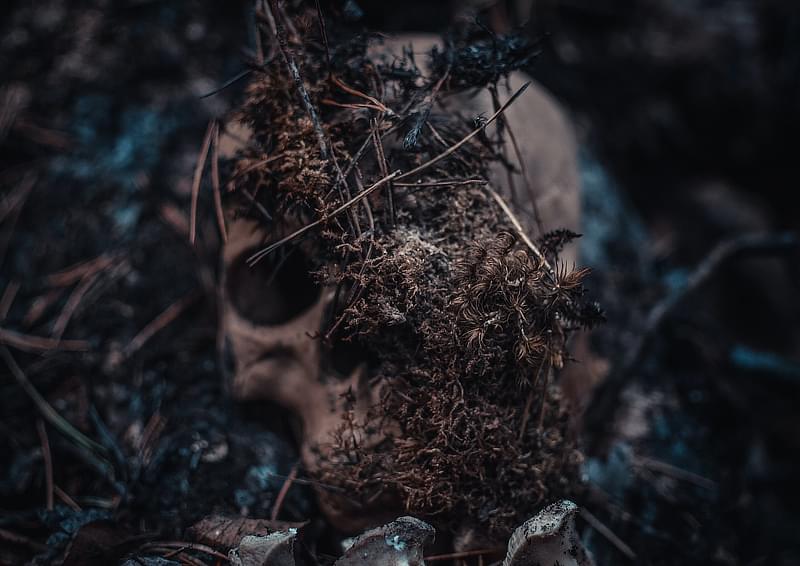 The monastic Order was declining, but valley locals still thought well of the monks, and her parents were living hard years of illness and little food — and so it seemed that offering her up would do some good.

At the monastery’s bone orchard they asked her parents to say their goodbyes. Bones of the dead had been placed in mounds or strung together to create shapes: macabre trees, bone white bushes, benches to sit on. This was a place for things to decay and to pass away, a place for goodbyes.

When she was 67 she returned to the monastery. She’d lived her years as a mendicant, travelling between towns and villages and living wherever people would shelter her, carrying no more than what she could carry, teaching and helping when she could.

The monastery in the hills was now abandoned. The bone orchard was still there in its own way: vines had entangled themselves in everything, hiding so many of those bones that had not yet crumbled with time and exposure. No one was here to tend the place, but she supposed that this was natural, if unbalanced. Sometimes things are overrun, sometimes they decay away. The Order of things is to move on, and soon so will she.