The flyer he found in his letterbox read:

Feed yourself and your family. Grow your own food. 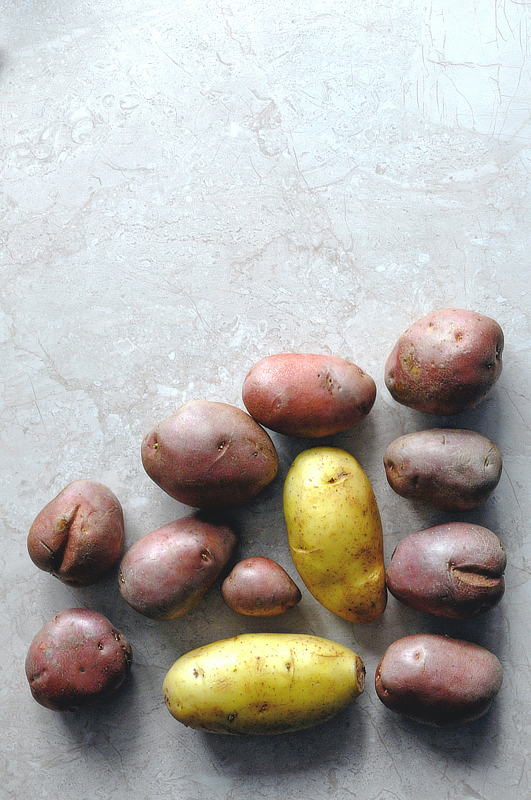 It was early spring and the flyer recommended starting with potatoes — they were easy to care for and difficult to hurt. Some of the old potatoes in the kitchen were sprouting. He sliced these into chunks, a sprout per chunk, then planted them.

It wasn’t just waiting. At first there was watering — much later, when little leaves broke through the surface, he would examine the seedlings daily for pests. He felt glad. They were little growing things and he was caring for them.

The pests came. The aphids sat under the leaves, out of sight, and he took care to lift each leaf as he sprayed insecticide.

But one day the leaves began to die — not because of pests, but because it was time to harvest. He dug into the ground, careful not to damage the tubers themselves. When cleaned of dirt they were bulbous with soft skin and firm flesh.

He had grown them. Now it was time to cook.

But this was when their problems became visible: their centres had a small empty space, a hollow surrounded by brown, rotten flesh. Each were like this, healthy on the outside but hurt at the core. These couldn’t be cooked with.

He didn’t try to grow food again. He had to hold on to his own heart.