7:00 am and the sun was up! Summer months were easy months for Kim to climb out of bed, and her little dachshund, Leila, agreed. Leila jumped into the bed as soon as she noticed Kim moving, and the two would greet one another a good morning. 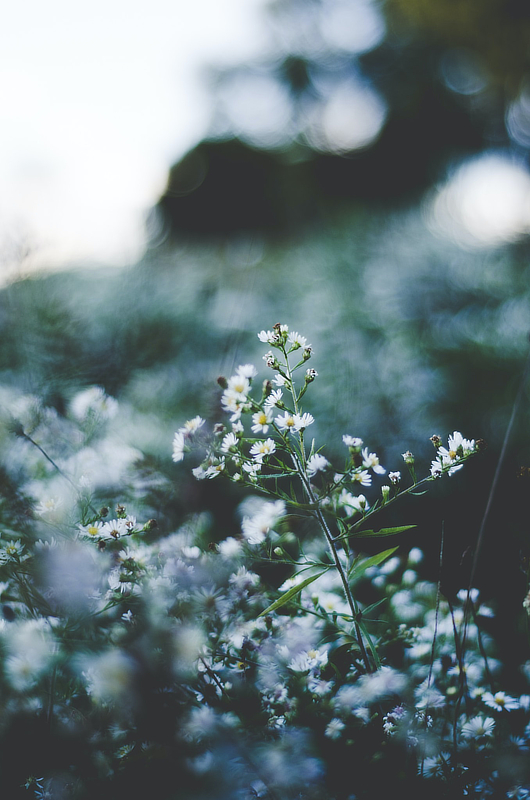 Across the road from her apartment block was a walled off space that had once, years ago, been a community garden. Now it was abandoned, with no one looking after it.

People said it was haunted, but it was just uncared for.

On most days, Leila would lead the way to its large, double iron-gates. They sat ajar, their lock long broken and never repaired.

The two of them never met anyone else as they walked between the wild plants, flowers and trees. Everything was quiet, the sound of cars and people had faded into the distance. The original vegetable and herb beds had died off and were now overgrown — Leila walked between the flowers and weeds that had taken root and made the space their own. Kim let her off the leash and followed. Leila often stopped, smelling everything, smelling the leaves, the flowers. Sticking her snout between petals and leading the pair of them from one flowering bush to another.

Old stone walkways appeared and disappeared between the clover, chamomile and the muted snow-in-summer. Untended trees loomed over it all — Kim and Leila sat in their shade, Leila drinking from a portable water bowl, Kim from a flask of coffee.

Everything was so quiet, yet even so, neither Kim nor Leila could hear the fairies. This isn’t unusual: for the most part, people don’t notice them. You might sense the prickliness of being watched and the fierce chill of their anger and their loathing, but most of us blame that on the place and the wildness and the abandonment. Kim and Leila never felt that here, though. There was peace as they moved through the overgrowth, and the fairies watched and were glad at the little dachshund’s joy.

When they left, they took nothing with them.