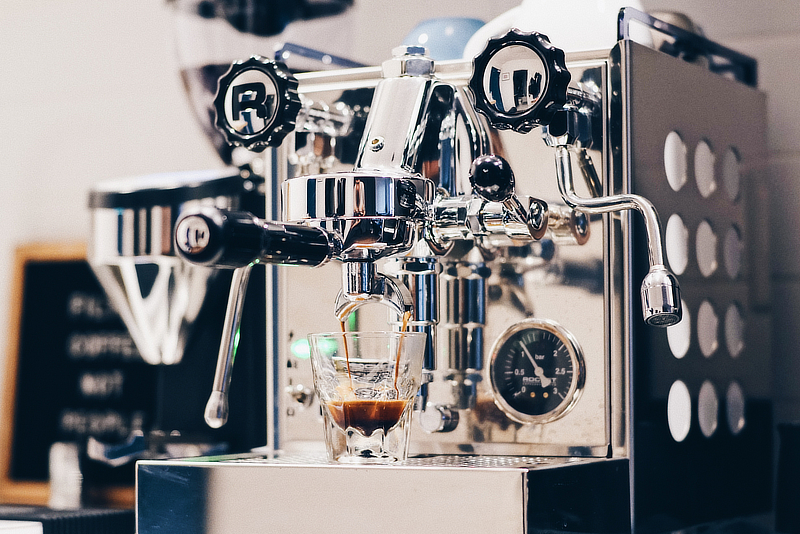 The espresso maker was an old, dented steel machine, but the broker assured Kevin that it worked just fine.

It sat on the family’s kitchen counter while Kevin experimented with its knobs and valves, but he lost interest. His daughter, Becky, figured out the finicky pressure for the water pump and the steamer. She used the machine long after her parents had grown frustrated with understanding tamping pressure and water pressure.

The car was cramped when Becky’s parents drove her to university — a part of the problem was the espresso maker beside her on the back seat.

Becky kept it in her dorm room but couldn’t often afford the coffee grounds, sugar and milk — and everyone who visited always asked for a cup, eating into her small allowance.

She couldn’t always afford her text books, either.

Kyle didn’t keep the machine in his dorm for long — the room was cramped with no space and he hated coffee. That was something that he’d never tell Simone.

In her little studio apartment in town Simone would make him instant coffee. “I hate instant,” she’d tell him. “Tastes like dish water, but the caffeine hit — so good!” It helped with her ADHD, she said. Simone never seemed like the hyperactive boys he’d known in school. She did talk a lot, which she blamed on her ADHD, but Kyle liked that, maybe even loved that. Her voice, her stories. Just not her coffee.

Simone liked the machine but was wary to take it. She only did when Kyle told her he wanted nothing in return, that there were no strings attached. This wasn’t how he felt, but it seemed like a good thing to say.

Simone was a mixed media artist. Her current work was painting over portions of a digitally altered photograph of her girlfriend. She hated that she did her best work at night, alone and uninterrupted, fearing the coming dawn and possibly not having done anything. But at night there was less to distract her, just herself, her fear, her coffee.