She had a fantasy as a child: an empty city, a world of abandoned skyscrapers where she was free to live in solitude. 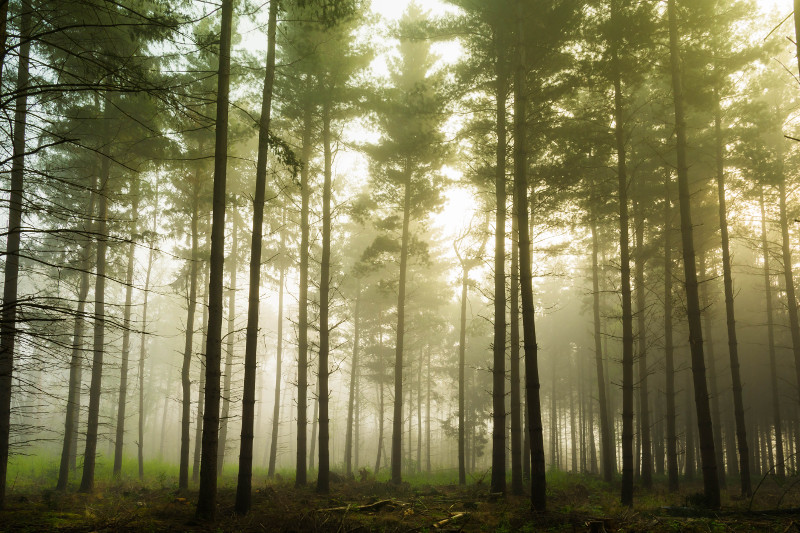 But cities have people, so she moved out to the countryside, to the forests.

Hiking was beautiful, solitary. The trees loomed tall, and though they were not buildings, they were beautiful.

Nights in the forest were dark (no stars), and damp (moist soil), and cold, but her tent provided shelter and comfort.

She found the ruins after two months. They were a four day hike from town; just low walls and dirt under the shadow of trees, a single stone arch remaining.

It was good to have a space to return to, to make a little home, build a garden, harvest herbs, dry the brown capped mushrooms growing on deadwood.

The mushrooms made the tea she thought they would.

There were voices through the arches. Whispering. Calling. There was less light on the other side, darker trees, fewer sounds, muskier smells.

Many things grew here in abundance: multicolour mosses in the shadows, flowers of strange geometries, herbs of sickening scents and sticky oils. The whispers gave their history, named their uses and preparations.

The preparations sold well enough in town, and their puisiance gave her a name she did not look for.

Over the seasons she visited less, needed less. Her house in the town showed the decay of going unused.

Over the seasons, unexpectedly, the townsfolk seemed less able to recognise her.